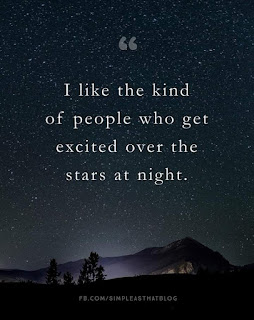 When I was a small child, I can remember my dad's appreciation of all things outdoors. He loved the woods and lakes and all wildlife that surrounded.  He found beauty in each snowflake, treasured the fresh air that could only be found in country living and turned to God's creation to supply for our needs.  He chopped trees and spent many hours ensuring we would have heat for our home by means of the basement fireplace.  Ahead of his time, he installed solar panels to the side of our home which created solar energy to heat our home and water.  By collecting solar energy, he made sure we had clean, and warm water from our well. He enjoyed hunting and fishing and knew that he could always rely on these skills to provide much needed food for our family.

I also remember my fascination with how much my dad loved the air that we breathe. Yes.  The air that we breathe.  He would take in air through his nose with such appreciation, one would think he was a wine connoisseur.  He would stand as straight as a tree, lift his chin, close his eyes and concentrate on breathing in. As he held his breath for a brief moment, I would often see a glimmer of a smile at the edges of his mouth. Usually, while his eyes were still closed, he would say, "Ah, how refreshing." Or, "Do you smell that?  That is beautiful."  Sometimes even, "I wish I could bottle this fresh air."  He would then open his eyes and return to the task at hand.

My dad tried to teach me about the stars and the moon when I was young.  He watched the night sky as if it was the best movie he had ever seen.  He would point and I would follow his finger.  He would find books that would teach me about astronomy and space and give them to me as special gifts. Not for Christmas or a birthday, but from one admirer of the night sky to another.

I knew a young man in high school who was also fascinated by the night sky.  He would linger, in awe of the lit darkness far longer than anyone else.  When everyone had retreated or carried on their merry way, he would still be standing with his hands in his pockets, his jacket pulled tight around his neck and his head bent back a bit to take in the splendor.  I remember smiling at him as I silently watched him enjoying the the vast display.

When he called on the phone, his conversations never began with Hello. "Kelli, go outside right now and look to the north!  The stars and constellations are breathtaking! The Northern Lights are amazing. You won't believe the size the moon tonight!"  And then the line would go dead. He had only a moment to share his excitement with me, before the beauty beckoned him to return outdoors.

Now, all these years later, my 16 year old son is a lover of the outdoors and the same night sky. Even in winter, he will exit the deck door without a jacket to take in the first stars of each night. He will shout and count as the stars appear. When he returns indoors, he will yell, "Mom! Did you see the moon? Look at the stars!" And I will grab my jacket and return to the deck where we can take in the sights together. I love this time with my son. I love that he seeks out the darkness to discover the light.

I like the kind of people who get excited over the stars at night.

at December 17, 2019
Email ThisBlogThis!Share to TwitterShare to FacebookShare to Pinterest