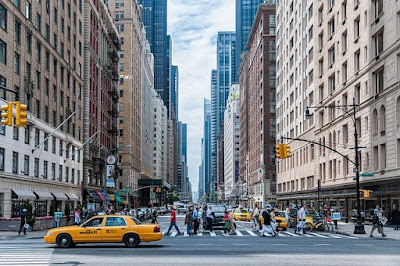 Let's Do This
For- Writers Unite!
By: Kelli J Gavin

I was told to get an agent right away.  I tried 6 different agents in the first month I was here. Only three even agreed to a meeting with me.  One told me that I needed to have established film and stage credits before they would ever entertain the idea of representing a "no name" client. She also informed me that high school roles and local fashion shows shouldn't be included on my resume. I thanked her for the tip. The other two agents couldn't even bother to return my call.  Of the three agent I met with, none of them agreed to represent me.  One was a hack with an office above a Japanese Fusion restaurant that smelled like grease and unappetizing food.  His hair was greased back so severely, that I became convinced that he was using the grease from the kitchen down below.  Agent number 2, laughed at me when I asked if they would represent me, and he said he would keep my name and number on file and call me if they had any new representation openings. The third agent asked me for an up front agent retainer of $7,500.00. I informed her that if I had that kind of money, I wouldn't be sleeping on couches and worrying about having clean clothing each day.  I made a swift departure.

When the discouragement set in, I knew I needed to distract myself. I needed to make sure that I kept busy and that I saved some money. I needed to find a roommate and get a place of my own.  I was motivated, I had a plan. I accepted that I needed to concentrate on making money and getting my own place to live and then I could refocus on developing my career. Sleeping when I could, I sometimes had to remind myself to eat.  I worked hard, made great money in tips and did well.  Here I am.  Three months into this journey.  Three months of disappointment. Three months of sub par living conditions. Three months of working myself to bone.  But it is all worth it.

Tomorrow,  Calista and I are moving into a tiny sixth floor walk up studio apartment.  There will enough room for two single beds and a couch.  That is about it.  An efficiency kitchen with a mini fridge, a micro and hot plate.  But it is ours.  I met Calista my first day on the job.  We clicked and knew that being roommates would work.  She slept all day and worked all night at the corner bar and restaurant.   I would make sure to make myself busy and stay out of her way when she needed to rest. My goal will be to keep my job at the location on the corner where we worked together and I will quit my other job next week.  By quitting the second crappy job, I will have more time to research auditions, find out about local casting calls and explore the city and all that has to offer.

I do not know if I will ever land "The Role".  But I do know this. It isn't for lack of trying.  Even if I only ever work at the bar on the corner, I plan on being the best waitress my customers have ever seen.  I will be so helpful and fast that they will ask for me by name and request to be in my section when they return each weekend. My plan from here on out is to excel at everything I do.  100% effort as I put my best foot forward. I feel like this city is waiting for me.  Waiting for me to explore. Waiting for me to dive into adventure.  Waiting for me to embrace it fully.  And I am not one to disappoint.


at July 01, 2019
Email ThisBlogThis!Share to TwitterShare to FacebookShare to Pinterest