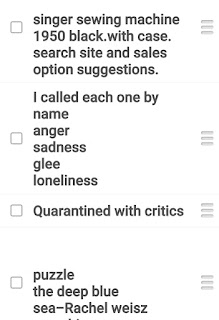 When I sit down to write, whether it be an article for a newspaper, magazine or website or even a short story or poem for an anthology, I really never know what is going to find its way onto the page. Sometimes, I even surprise myself. Most times, it is crap and I end up deleting the whole thing. Other times, it strikes me as halfway decent and I know after making harsh cuts and editing that it will be a worthwhile piece that has merit and I should be proud if other people read it.

I have also noticed that as of late, a lot of what I write, ends up being just for myself or maybe one other person. A memory of something I have been trying to process. A poem written about a day I wish I could experience again for the first time. A letter written to a friend that is meant to bring comfort and encouragement. And even an apology that should have been sent a long time ago if I hadn't been so stubborn. Finding that it happens in waves, a lot of this compulsive writing tends to pour out of me. Fast and furious and at all hours of the day. The notes app on my phone advised me that it was near full. I used three notebooks in the last three months. When notes are made in the dead of night, I write down what I think I want to say. And then by morning, my chicken scratches end up being lone words or short phrases with an indecipherable word here and there.

I realized days later that I was talking about Luke Perry. This story is still formulating itself in my mind as the first draft was a weird emotional tale of a man I never had the pleasure of meeting.

Initials without any additional information can be a dangerous thing. It took me a week to flesh this story out. Then realized that I wasn't going to ever even post it on my blog.  I shared the story with my friend Ali and she to this day has consistently teased me about it.  Proof that this story should never be shared with the masses.

My husband hates hashtags and he hates #blessed the most.  Not only is it overused, the meaning has been lost because of the constant use on social media platforms as a way of somehow justifying a humble brag. I wrote a short quip about obnoxious hashtags and a first year magazine used the story as a sub-story about the American Housewife and the curse of obscurity. Um. That is not what I was hoping for.

When I was young, my dad worked for 3M Alarm Corp. He would do these weird things like connect wires downstairs that would then light up something upstairs. He even figured out a way to rig the loudest alarm I have ever heard in our home. Keep in mind, we lived in the country, often left our doors unlocked and when it was really hot in the summer, we would leave the front door open with just the small latch lock on the screen door. Was the alarm necessary? No. But it was my dad's love of all things science and technology and his ability to create and fix most things on full display. When I left the house, I used to touch the wall where the alarm panel was located in the front entryway. I missed my dad after he left and moved out of state. That was my one connection to him.

Find out the names of the games-

This was a note to ask my sister about the names of the games that we had on the basement shelves when we were young. There was one with all these light and dark brown wooden beads. I don't remember if there was a board or cups that went with the game, but I remember enjoying the game. I also remember a long wooden plank with two metal rods at a slight angle that could be moved side to side.  A large metal ball rolled down the middle of the metal bars and the goal was to drop it in one of the holes below where the points totals were written. I don't remember if this was an actual game or if it was a game our dad made. A lot of my fond childhood memories revolve around playing games as a family.

I found them. They were in my mom's cedar chest which is located in my bedroom. But the letters weren't where I thought they were and they didn't contain information that I needed. They made me more sad than anything else. I felt bad for my great grandmother after reading them. I did some digging online and am grateful for some history sleuths who quickly joined in my information quest to find the census records for St. Paul. But the letters still break my heart a bit. I am in the process of trying to figure out how to tell the story as it is not a personal story, but a family one that it isn't pretty or fun to share with others. But it is true and real and speaks volumes about the long lineage of triumphant women who knew about dignity, perseverance and the love of children. I will tell this story in its entirety someday.

Read all the books

About 3 weeks before my mom passed away, her speech slowed and she became more deliberate about what she wanted to talk about. She slept most of the time, wasn't really ambulatory and couldn't read or understand what was happening on the TV. One afternoon after work, I drove to see her, and arrived as she was sleeping. Her TV  was on full blast. I hit the mute button, used her bathroom and turned on some music. When I reached to touch her hand she opened her eyes and smiled.

"Ah, Kelli. I hoped to see you today. Take those books on the end table and read them. I really liked them and I think you will too." I held her hand as she drifted off.

I read the four books. And I know exactly why it was important to her that I read those four books.  Someday I will share the truths that I found on those pages with anyone who cares to read about it. Because those truths weren't just stories or fanciful tales. They were my mom's way telling me what she needed me to know before her passing.

My mom had a red zipper bag that was filled with rubber stamps and stamp pads. She rarely used them but enjoyed having them and liked to place one strategically on the back of an envelope or the bottom of a letter.  When she passed, I gave the stamps and ink to Lily. She loved having them. After using all the ink and the inexpensive stamps dried up, we disposed of them, but not until they were also well loved by Lily. Now Lily uses that red zipper bag as a large travel bathroom bag.  Every time I see her take it out from underneath her sink, I smile and think of my mom and her favorite red zipper bag.

I will always continue writing down odd duck statements that have little to no meaning when later discovered in a notebook on top the side table or in one of my many notes apps.  But I also have learned to date them, occasionally draw a picture next to them and even leave more information for future use.  The one that I finished writing tonight was a poem called No Longer Welcome. It surveys the pain of a declined text and a deletion of a phone number. My heart hurt quite a bit when it happened. But after writing about it, not only did my heart feel a bit more mended, I was able to move on from a 30 relationship and know that it will all be fine in the end. Because there will always be something new and important that nudges at me until I write it down.

at January 09, 2021
Email ThisBlogThis!Share to TwitterShare to FacebookShare to Pinterest