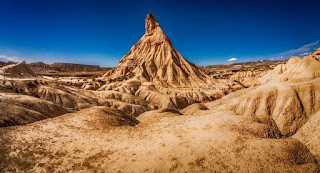 When Clarence was 15, he and his father drove on the back roads to get to a portion of land their ancestors had lived on for generations. He was excited because he had trained for this venture, yet was intimated at what task he was asked to accomplish. Clarence's father believed that boys needed to prove themselves men. That they needed to show their father and the Mighty Lord above, that they could handle the elements and navigate the land that their ancestors had always called home.

Clarence would need to need to travel the five miles of rough terrain overnight and when he saw The Bride, he would know that home was just around the bend. Clarence planned for the temperature to drop to close to 30 soon after sunset and that the wild animals would be hungry. With only a compass, a slingshot, a flashlight and his warm woolen clothing, Clarence would discover if he could make it home and no longer be considered a boy. But a man.

Clarence's father stopped on the side of the barren road and turned off the old pickup. As he turned to his son and lifted his hat, he reached for his second pack of cigarettes for the day.

"Clarence. Let the moon and The Bride be your guide." He nodded and tipped his hat. Clarence knew that he was to exit the pick up and begin his walk about.

Clarence had loved exploring The Bride as a child with his father. Every turn, every hidden crevice, each long lock of what appeared to be curly hair that laid neatly down the back of her gown.  Clarence's entire life seemed to have occurred all within ten miles of The Bride.

Believing he was ready for the task at hand, he watched his father slowly pull away and held one  hand above his head and waved farewell. Clarence didn't know that that would be last his saw of his father.

The night was bone chilling as the wind picked up. The coyotes and vultures seemed to flock and sing a song of vengeance before he even rounded the first hill. He knew resting wouldn't be an option when he became tired later in the night, unless he built a fire. And a fire would attract more of those animals that viewed Clarence as their next meal. Knowing slow and steady would win the race, Clarence secured his supplies and set out on his course. With the compass in his right hand attached to his wrist, he felt confident in his navigational skills to arrive at The Bride and then home by morning.

A turkey vulture swooped in and tried to take a peck at him. Clarence swung his pack and screamed as loud as he could to scare him away.  He had been fighting with those mean birds since the first time he put on boots at the age of 2. He hated those birds. Their beady eyes, jowls that seemed to be covered in pocked skin and their ability to startle even the calmest of men. They were no friend of his.

A rattler or two crossed his path before the sun completely set and he knew he would have to be more alert with each of his steps when all he had was a flashlight to light his way.  Chewing on a beef stick in the second hour of his walk, he reached into his pack for gloves as he wanted to protect his hands climbing through the rough terrain ahead.

Space out my food. Limit my water intake. Keep watching the moon. Check behind me every 2 minutes. Check my compass often. Clarence continued to remind himself of everything he thought was of the utmost importance.

Clarence fell at about the three mile mark. He twisted his left ankle on a rock and stumbled and went down hard on his right shoulder. The boulder he hit was unforgiving. He sat by the boulder longer than necessary because he felt a little dazed and confused. When he finally had his wits about him, he shone his flashlight in all directions. Three coyotes surrounded him. As he stood and proceeded to yell loudly and raise his hands over his head, the coyotes were smaller than they first appeared and scattered quickly. The pain was worse when he was weight bearing.  Clarence grimaced and knew that this was not the end. He needed to continue.

Walk it off. Walk it off.  You can do this. You have had worse pain.  Remember that time you got hit in the right butt cheek by Micheal's slingshot? That was the worst pain ever. Ha. Remember how you beat him up the next time you saw him? Yeah.  He was always a jerk.

Clarence continued to talk to himself as he walked and then stopped when he realized he was talking to himself. He wouldn't want The Bride to hear him and think he had gone crazy.

As the sun began to come up on the horizon, The Bride in all her splendor came into full view.  Why was it that each and every time he saw her, a smile spread across his face?  Would this ancient beauty always bring such joy to him and the generations yet to come?

Clarence sat for 20 minutes and just reveled at God's creation. The Bride was his reward.  He had accomplished his goal. 5 miles in the dark, overnight on rocky terrain. Make it home by 6 a.m. and Clarence would no longer be a boy.

As he turned one last time to his right, and  the rocky driveway came into view, he also saw the sun shining over his home that he shared with his dad.  His home that he had so many fond memories in.  The home where he last saw his mother. She had passed three years prior from breast cancer. She went quickly and didn't suffer much. In his grief, he took such solace in that fact.

Remembering his mom and his dad and the times they had together, Clarence neared his house. He saw his father sitting in his pick up truck. Was he preparing to leave and check on the animals before Clarence even arrived home?

Clarence was 16 years old and now a man. He had accomplished his goal, but did not have a mother or father to celebrate with.  He didn't feel much like celebrating much ever again.

Clarence lived a quiet life on the land that his ancestors had always loved and lived on.  He knew that his father and his mother would have been proud of the man he became.  Clarence also knew that when his son was about to become a man, that he would change the way they did things in their family and he would accompany his son on the overnight exploration and navigation to discover The Bride by morning.

They would do it together. Father and Son.  They would meet The Bride together.

at July 09, 2020
Email ThisBlogThis!Share to TwitterShare to FacebookShare to Pinterest